The CSGO team arrived S2V Esports at the end of 2019, starting the competition in the Orange Unity League, the Professional League of Videogames (LVP), where they signed a fantastic start and  haved a great regularity throughout the season. On their way into the club, the CSGO´s team have got thrill us all the matchs with impossible recoveries and  have known endear the affection of supporters, that who has gone on to name they «the people’s team.»

Also, their career at the club has left us with great moments in all the championships where have participated: from the One Tap League to the ESL Masters, competing ESEA or winning the META’20. Also, they’ve been competing in others qualifiers like by example the Dreamhack or the Road to Rio of ESL.

From S2V Esports have the pleasure of to announce that all CSGO´s boys team renew until 2021. With this action, the club reaffirms its commitment to developing national talent in all its sections. 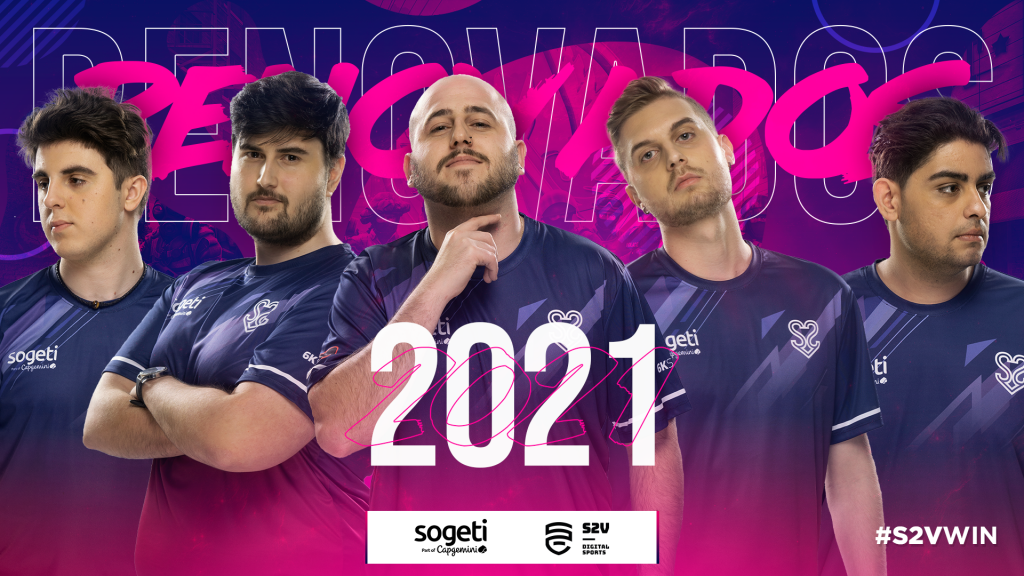 At the end of 2019 we announced the entry of S2V into the world of CSGO with the signing of our new team, and there are many joys that this…